The much-anticipated Report of the UN Secretary-General’s High- Level Panel on the Post-2015 Development Agenda was released on May 30. This Panel was established in July 2012 to provide recommendations on advancing the development framework beyond the target date of 2015 for the UN’s Millennium Development Goals (MDGs). On receiving the report, the UN Secretary-General, Ban Ki-Moon, welcomed the Panel’s recommendation that the post-2015 development agenda be universal, with a spirit of partnership based on equity, cooperation and mutual accountability. The new development agenda will carry forward the MDGs with their focus on poverty, hunger, water resources, sanitation, education and healthcare. Commenting on the results achieved with the original MDGs, the Panel identified several areas where the MDGs could have accomplished more by integrating the economic, social and environmental aspects of development strategies and promoting sustainable patterns of consumption and production. The Panel noted that the world’s population, currently at around seven billion, increased by about a billion since 2000 and is expected to reach around eight billion by 2030. However, the billion richest persons account for 72 per cent of the world’s consumption, whereas, by contrast, the poorest billion persons account for only about one per cent. The Panel expressed concern over climate change and its potential effect on the ability to deliver the ambitious goals of the post-2015 agenda, noting that the stresses of unsustainable production and consumption patterns have become clear, in areas like deforestation, water scarcity, food distribution, and high carbon emissions. The Panel recommends a development agenda built around five objectives: (1) sustainable development be put at the core of the post-2015 development agenda; (2) economies be transformed for inclusive growth and job creation; (3) peaceful and prosperous societies be developed with open and accountable institutions; (4) a global partnership be forged with a spirit of solidarity, cooperation, and mutual accountability; and (5) inclusive development be ensured so as to respect universal human rights and basic opportunities regardless of ethnicity, gender, geography, race or status. An annex to the Panel’s report provides specific details of how the five high-level objectives might be transformed from vision to actionable universal goals and national targets, expanding on the original set of MDGs in twelve key focus areas: (1) End Poverty; (2) Empower Girls and Women and Achieve Gender Equality; (3) Provide Quality Education and Lifelong Learning; (4) Ensure Healthy Lives; (5) Ensure Food Security and Good Nutrition; (6) Achieve Universal Access to Water and Sanitation; (7) Secure Sustainable Energy; (8) Create Jobs, Sustainable Livelihoods, and Equitable Growth; (9) Manage Natural Resource Assets to Achieve Sustainability; (10) Ensure Good Governance and Effective Institutions; (11) Ensure Stable and Peaceful Societies; (12) Create a Global Enabling Environment with Long-Term Finance as a Catalyst. These twelve categories each contain several illustrative goals and targets for further consideration, some examples of which are: Bring the number of people living on less than $1.25 a day to zero; Eliminate discrimination against women in political, economic, and public life; Prevent and eliminate all forms of violence against women and girls; Ensure every child, regardless of circumstances, completes primary education and is able to read, write and count well enough to meet minimum learning standards; Reduce the burden of disease from HIV/AIDS, tuberculosis, malaria, tropical diseases and non-communicable diseases; End hunger and protect the right of everyone to have access to sufficient safe, affordable, and nutritious food; Provide universal access to safe drinking water in homes, schools, health centers, and refugee camps; Double the share of renewable energy in the global energy mix; Hold the increase in global average temperature below two degrees above pre-industrial levels, in line with international agreements; Increase the number of good and decent jobs and livelihoods; Decrease the number of young people not in education, employment or training; Safeguard ecosystems, species and genetic diversity; Provide free and universal legal identity such as birth registrations; Reduce violent deaths and eliminate violence against children; Support an open, fair and development-friendly trading system; Substantially reduce trade-distorting measures, while improving market access to developing countries’ products; Implement reforms to ensure stability of the global financial system and encourage stable, longterm private foreign investment. The Panel recommends that the new goals be accompanied by an independent monitoring system, with regular reports on progress. In this context, the Panel appealed for a data revolution for sustainable development, with an international initiative to improve the quality of statistics and information available, by utilizing new methods and technology. The next significant step with the post-2015 development agenda will occur this September when the 68th Session of the UN General Assembly convenes in New York. During the intervening three months it is expected that many of the critical issues that are included in the annex to the Panel’s report will be widely debated and discussed. 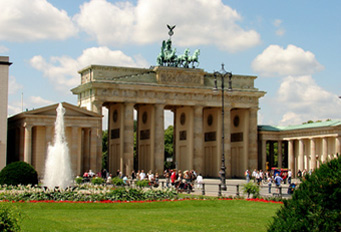